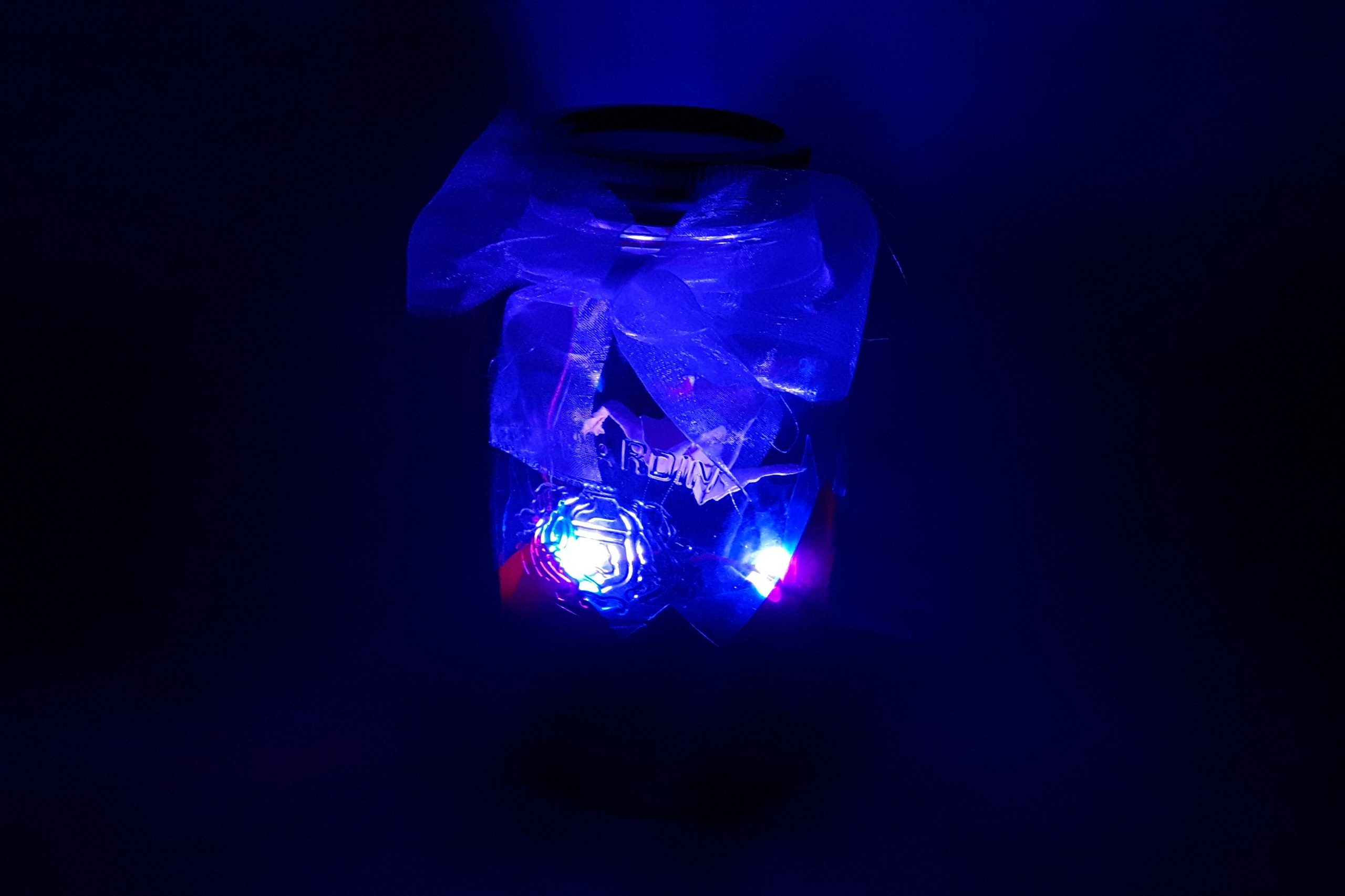 My goal was to prototype an interesting lamp that would animate a room with its changing lighting. I wanted to create a final piece that can be moved around on its own. The jar uses a 9-volt battery in the lid so that it can be easily unplugged and changed.

The aesthetic creates a sense of sentimentality and the piece is packaged as something you can interact with and give to a friend. In complete darkness, viewers can also interact with the double-shadow effect created by the two LEDs.

I explored the appearance of a cross-fading and mixing effect between red and blue light. In each RGB LED, the light transitions from red to blue, creating purple and magenta shades in-between. It’s interesting to view the effect through a variety of materials, such as the glass of the jar, the red and blue lighting gels, the polyester bow, and the origami crane. Each component provides a variety of light interaction.

Final Video of the Prototype

I tested the effect created by shining red and blue LEDs through various materials: