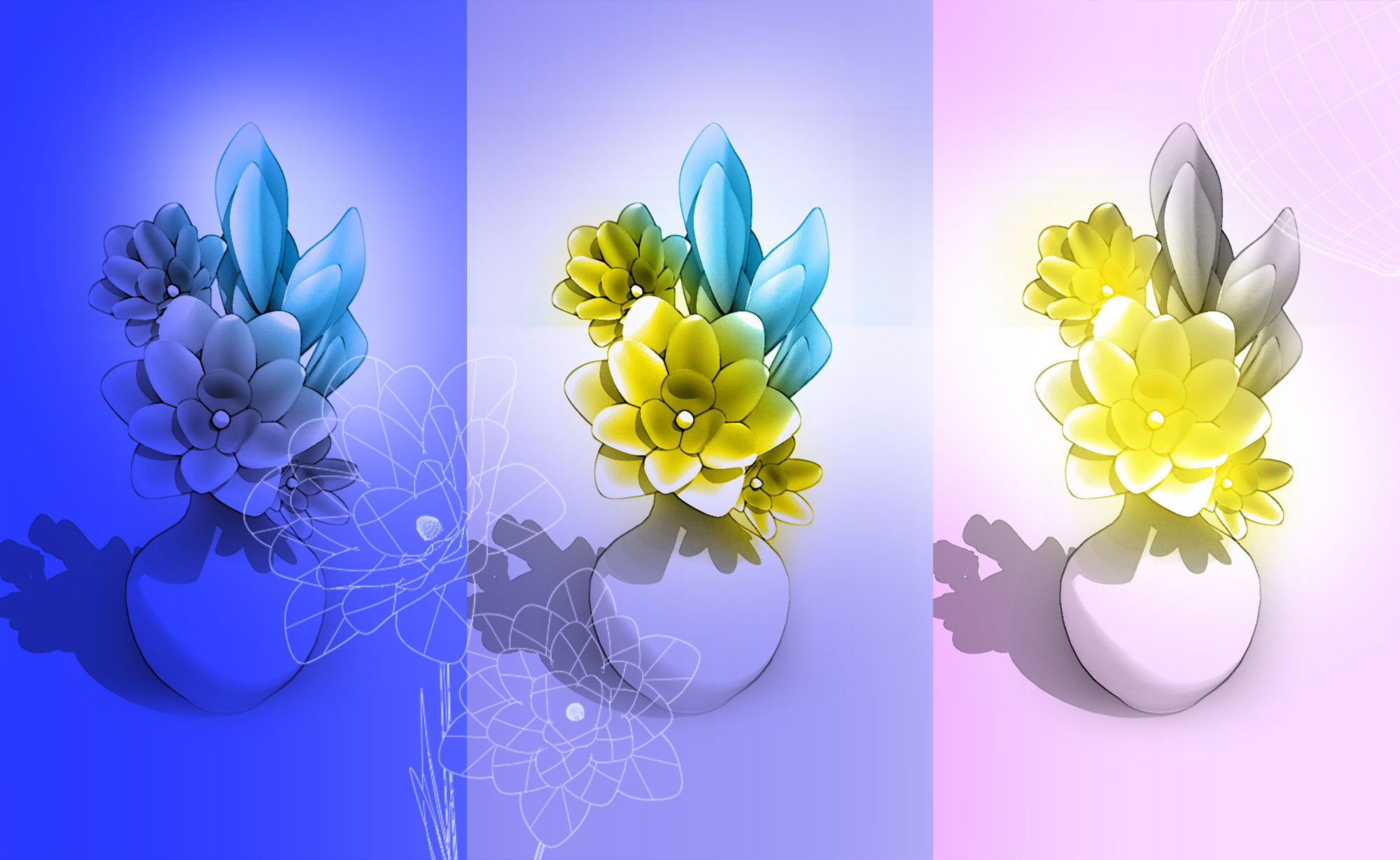 Moodflowers is a piece which explores the concept of the day and night cycle. The flowers react to the presence or absence of light in their surroundings, ‘waking up’ when there is sufficient light present, and ‘hibernating’ under dimmer lighting conditions. The colours used (yellow and blue) reflect the celestial bodies (the sun and moon). These robotic flowers respond to natural daylight and moonlight as well as light manipulated by humans.

A photoresistor is used as an input to measure the current ambient light level. The Arduino Uno takes this information and translates it into a number between 0 and 255, corresponding to the output brightnesses supplied to the LEDs. This is done by mapping the analog input value from the analog pin (which ranges from 0 to 1023) and mapping it to a value between 0 and 255. The brighter the ambient lighting, the brighter the yellow LEDs and the dimmer the blue LEDs. Two pins (using pulse width modulation) are used as outputs. 4 LEDs are connected to each of the two pins, making a total of 8 LEDs (4 yellow and 4 blue).