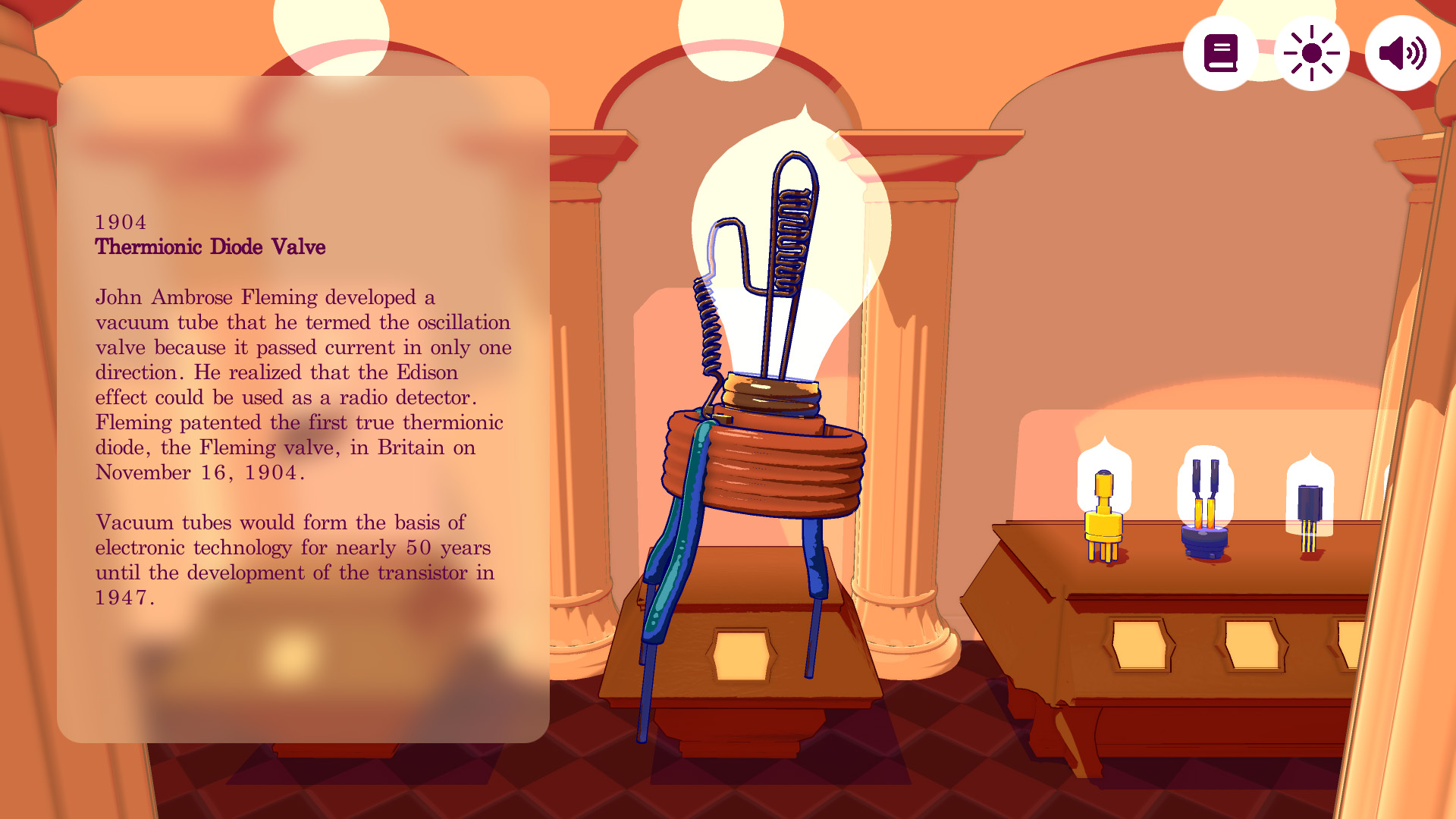 Started as a 2-week design sprint in a group setting, I later brought this project project to fruition fully as a solo personal project.

My goal was to create a digital interactive activity for all ages and skill levels to participate in. The Transistor Museum is a simplified, web-based and downloadable 3D educational game. The user can navigate between different virtual artifacts and uncover the history behind every scientific breakthrough in transistor history.

Developed as a replacement for bulky and inefficient vacuum tubes and mechanical relays, the transistor revolutionized the entire electronics world. The transistor sparked a new era of modern technical accomplishments from space flight and computers to portable radios and stereos. Today, billions of transistors are manufactured weekly.

We developed the initial 3D models in Rhino to be used in the Unity3D engine. The prototype was to validate the feel of the user experience. In the beginning, the camera simply swapped between each item in the “gallery”. In later prototypes, the camera was set further away from the “gallery” and each selected item would be brought closer to the camera as a means of communicating a point of focus.

Each object currently being viewed by the user has a spinning animation that moves it in the 3D space. The speed of the movement can be easily controlled by the user’s mouse. When the mouse is in the center of the screen, movement is paused. As the mouse approaches the left edge or the right edge, the speed increases.

Later on, I revisited the project by myself to make various improvements across the board: