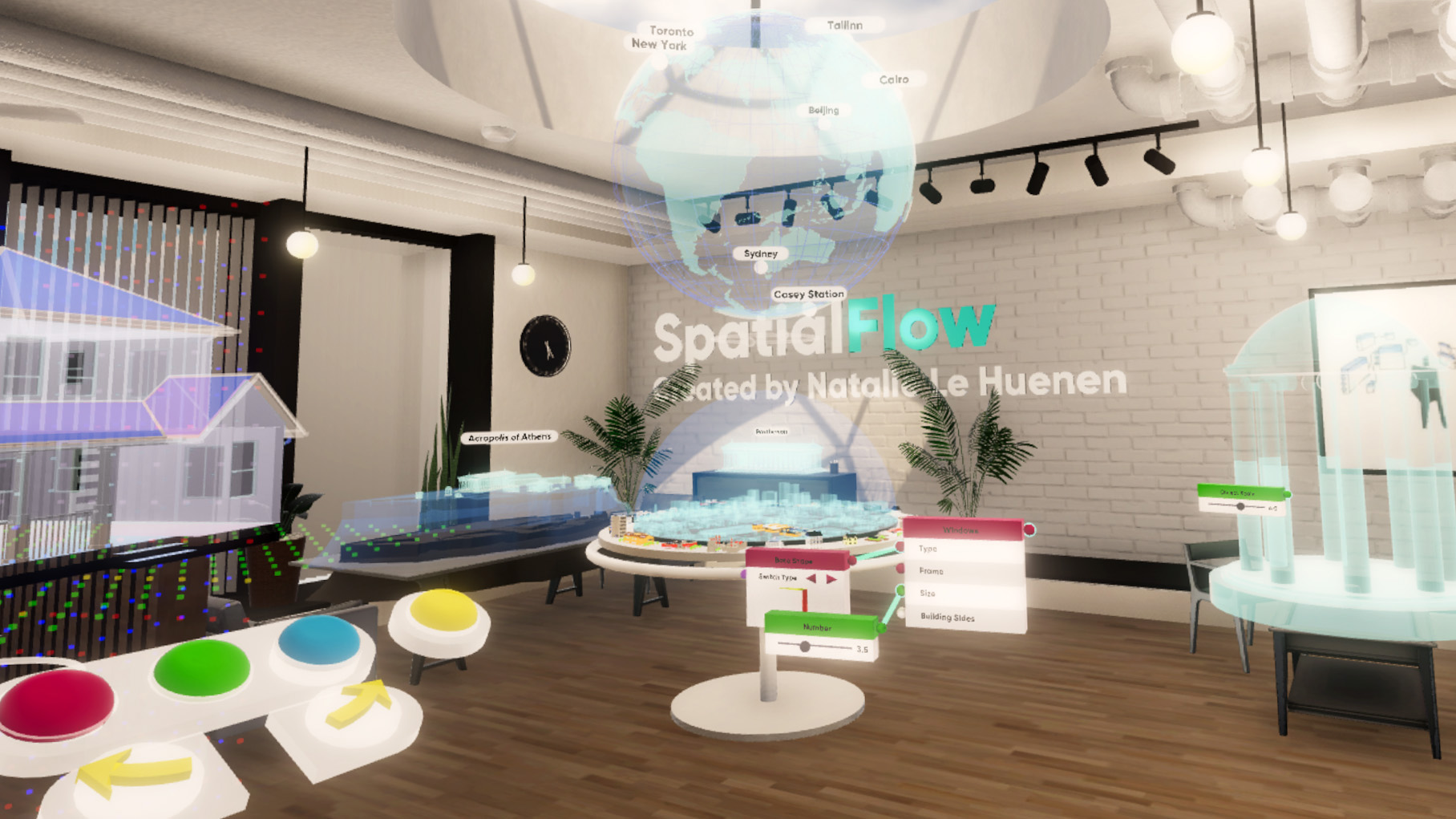 SpatialFlow is an experimental 3D interaction design project addressing today’s challenges in screen-based, collaborative and remote workflows. Watch the demo below, or try it out in Virtual Reality. I created this project by myself, with the aid of some interviewees and testers.

SpatialFlow experiments with the ways in which interactive, multi-dimensional visualizations in a collaborative spatial environment may augment users’ understanding, communication, and their creation of complex data flows. Methods in which creative workspaces may be augmented are developed. Node-based creative programming considered as an extension of flow visualization, and as an alternative user experience to conventional normative interfaces such as two-dimensional text input.

The project is grounded in the context of spatial computing, where interactive digital devices are no longer contained within a single location, but instead exist in the surrounding environment. Through spatial computing, a speculative design methodology is implemented, allowing for human-computer interaction to be explored outside of the conventional, two-dimensional screen. An iterative design methodology is implemented in the prototyping process. Continuous experimentation alongside user testing is performed, and the importance of diversity in testers’ areas of expertise and levels of experience are emphasized. Through the testing of interface design variations, Spatial Flow Visualization seeks to discover whether this type of visualization is effective in a spatial computing environment, what users find intuitive, potential guidelines for designing in this type of immersive environment, and whether it may serve as an effective tool for both in-person and remote collaboration through telepresence. Final VR-based prototypes from this project will allow users to try out this newly-developed interface.

Through a series of sketches, I tested out various forms that a collaborative spatial workspace could take.

I began grey-boxing using 3D models in Blender, so that I could test and validate variations in the layout of the workspace and holographic interface.

I continued to iterate between different concepts. I created each render as a panorama that viewers could immerse themselves in using a Google Cardboard. Here is one view of the scene:

Some questions that guided my process:

How can the understanding of complex flows and structures be improved through 3D spatial visualization? How can this transform the user’s perspective on the data? How can this augment visual programming?

How can a collaborative creative space be augmented, for both onsite and remote users? What influence does telepresence have on collaboration and remote working? What types of spaces are ideal for spatial multi-user working environments?